The large container ship named ‘Ever Given’ was on its way to Rotterdam when it ran aground in the Suez Canal, blocking the crucial international shipping artery and causing a major traffic jam of vessels at both ends.

The Ever Given container ship stuck and blocking the Suez Canal as seen from another ship. Image courtesy: Julianne Cona (@fallenhearts17) on Instagram

A large container ship ran aground in Egypt’s Suez Canal on March 23, blocking the crucial international trade artery and causing a major traffic jam of shipping vessels at both ends. Both, the north- and south-bound lanes were blocked due to the incident.

Several attempts to refloat the 2.20 lakh tonne and 400 metre-long ship, named ‘Ever Given’, reportedly failed. The container vessel was on its way to Rotterdam, the Netherlands from China. It is owned by Taiwanese shipping company Evergreen Marine and has been registered in Panama. Ever Given is a large Golden-class container ship.

Live data from VesselFinder, a tracking website, showed that efforts were on to refloat the giant ship were on with the help of several tug boats.

The Suez Canal is one of the most vital shipping routes in the world as it connects the Mediterranean Sea with the Red Sea. It helps ships travelling between Asia and Europe to avoid going around Africa and saving many days in the process.

The main canal segment is 190 kilometres long and about 24 metres deep. It is 205 metres wide – large enough for almost any large ship to go through. It handles dozens of giant container ship daily. Screen grab of the traffic jam in the Suez Canal (Courtesy: VesselFinder)

The traffic jam triggered by this incident at both ends is likely to cause a significant delay for ships waiting to cross the canal.

Some social media users pointed out that an alone excavator had been deployed on the eastern bank of the canal to help retrieve the ship. Others wondered if the canal authorities would require the help of special salvage ships with cranes. 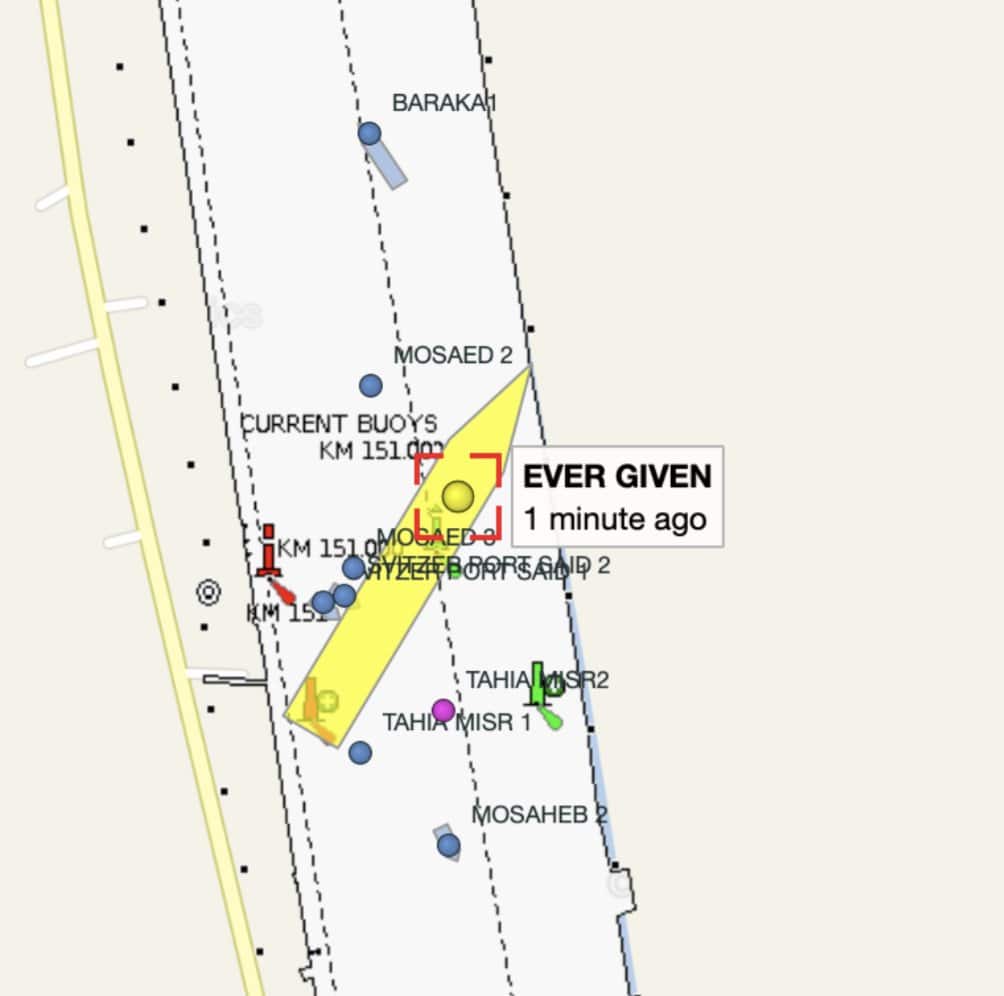 Screengrab of ‘Ever Given’ blocking the Suez Canal (Courtesy: VesselFinder)

About the Author: Admin